Written by www.herbalistqa.com on September 25, 2018. Posted in Uncategorized

Have you heard that women on oral contraception, i.e, “the pill” should not concurrently take St. John’s wort because they could actually get pregnant? Ever wonder why? Keep reading for the answer…
I first heard this possibility years ago – that women on contraceptives actually WERE getting pregnant when also taking St. John’s wort (Hypericum perforatum). This was before I went to school to study herbal medicine. It was in graduate school that I learned how the body metabolizes certain substances and clears them out for excretion.
First a primer on human physiology. The liver is the work-horse of detoxification in the body. Among its many important functions is detoxification, and it does this in two main phases. Phase I uses enzymes called Cytochrome (CYP) 450 to break down pharmaceuticals, hormones, and unrecognized substances in the body. Phase II, also known as conjugation, allows for the transport of such chemicals or hormones through the bloodstream to the kidneys for excretion. Some schools of thought consider the process of excretion, itself, as Phase III.
Back to St. John’s wort and contraceptives. Birth control pills contain various estrogen hormones such as estradiol. These estrogens are normally broken down by particular CYP450 enzymes. (There are a number of different enzymes in this class.) As it turns out, St. John’s wort has been observed to induce a select number of these enzymes; that is, St. John’s wort activates them such that there are more available to break down any substance they act upon. The result is that the substance, in this example the estradiol, is metabolized and excreted faster than intended due to the increased enzyme activity.
The result is that the actual level of estradiol circulating in the body is lower than the therapeutic level of effectiveness of the oral contraception. Therefore, the less estradiol in circulation could mean a higher risk of getting pregnant if concurrently taking St. John’s Wort and oral contraception.
Here’s a nice article from Pharmacy Times that provides a little more information on the effects of St. John’s wort on drug clearance . This finding is unfortunate, because St. John’s wort is often used to alleviate symptoms of depression, which is often a symptom of pre-menstrual syndrome. So, it might be natural for a woman to try St. John’s wort to help with mood disturbances related to her cycle. If she is also on contraceptives, this is generally not a good idea because of the risk described above. However, under appropriate care of a trained professional, dosages of both the birth control pills and the St. John’s wort may be modulated such that a therapeutic dose may still be achieved.
You may be wondering whether St. John’s wort interferes with ALL medications. The answer to this is ‘no’. St. John’s wort only interferes with substances that are broken down by the particular CYP450 enzymes that St. John’s wort acts upon (e.g., CYP3A4 is the primary enzyme affected by St. John’s wort, as well as CYP2C9). Other drugs metabolized by CYP3A4 include: SSRI/SNRI antidepressants, anticonvulsants, some statins, proton-pump inhibitors, and many more. My go-to online resource for drug information, rxlist, has more specific information about drug interactions with St. John’s wort. If in doubt, consult with your health-care practitioner before taking St. John’s wort. 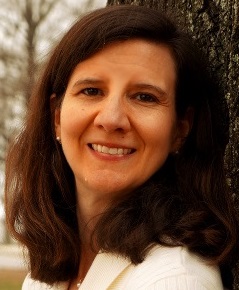 Donna Koczaja, M.S., RH(AHG) graduated from Maryland University of Integrative Health (formerly Tai Sophia Institute) with a Master of Science in Therapeutic Herbalism and a Post-Master’s Certificate in Clinical Herbalism. She earned Registered Herbalist status from the American Herbalists’ Guild in 2018. Originally educated as a mechanical engineer, she combines the rigor of her original scientific training with the traditional healing art of herbal medicine to partner with her clients to uncover the root cause of their underlying health issues. Also a Master Gardener since 2008, her primary interest is in inspiring others to improve their health and sense of wellbeing through the joys of gardening and the power of natural medicine. Read more about her, what she does, and why she does it at www.greenhavenliving.com, or contact her directly at greenhavenliving@gmail.com, 240-353-8754.